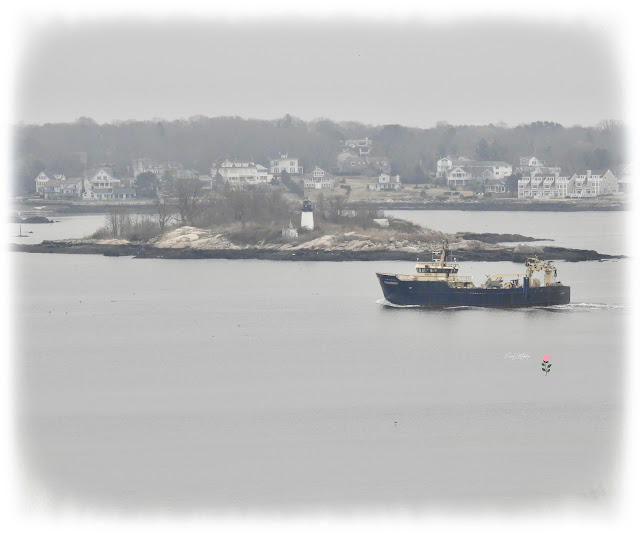 'Ten Pound Island' on Cape Ann MA
In enquiring minds wanted to know the source of the name of this island.  ~ According the USCG in Gloucester MA.
In 1820 The Commonwealth of Mass chutes and the town of Glouster ceded approx. 1.7 acres to the U.S. Government for the erection of an inner Harbor Lighthouse. * In 1821 a 40’ stone tower, house storage shed was built for $24,200.00 * In 1881 stone tower was replaced by the present cast iron structure. * There are numerous roomers on how Ten Pound Island received its name. One was for the amount of money that was paid to the Coral Indians for the property.  * Historian Joseph Garland wrote that it was more likely named for the number of sheep in pens (also known as pounds) on the island. * Another roomer is that a ten-pound cannonball fired from Stage Fort across the harbor reached the island.

We are sharing with: Sandee's Wordless Wednesday.

I love your comments. Thank You.

We love your comments and meeting you ~ thanks,

Love and Light,
A ShutterBug Explores ~ aka ~ (A Creative Harbor)

PS. ~ Anonymous comments are not accepted